Governor Jerry Brown today signed into law SB 10, the groundbreaking bail reform legislation that establishes a new system for determining a defendant’s custody status while they await trial based on an assessment of risk to public safety and probability of missing a court date rather than their ability to pay cash bail. 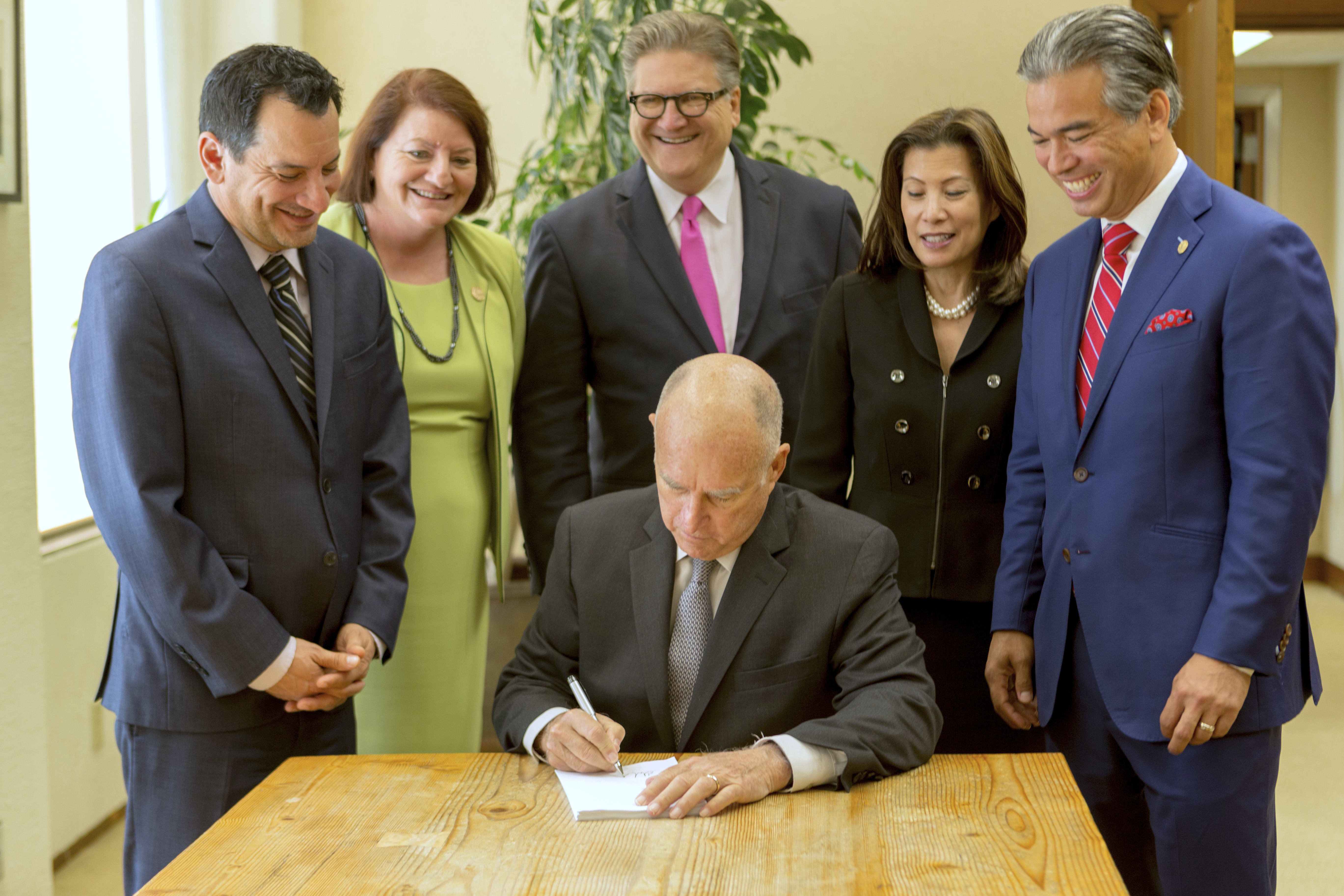 This action delivers on the commitment made last August by Governor Brown, California Chief Justice Tani Cantil-Sakauye and the bill’s authors – Senator Robert Hertzberg (D-Los Angeles) and Assemblymember Rob Bonta (D-Alameda) – to work together on long-needed reforms in the second year of the two-year legislative session.

“This is a transformative day for our justice system. Our old system of money bail was outdated, unsafe, and unfair. It took a three-branch solution with Governor Brown, the Legislature led by Senator Hertzberg and Assemblymember Bonta, and the Judicial Council’s Administrative Director Martin Hoshino working with judges in my Pretrial Detention Reform Work Group to bring about a fair and just solution for all Californians,” said Chief Justice Cantil-Sakauye.